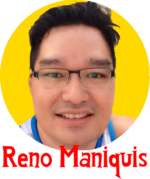 Reno Maniquis has a Retro Cover Project which picks up where different series have ended and he presents a cover for an alternative story. I was a fan of his work, but we really never had a chance to speak before, so I was looking forward to hearing his story.

Reno Maniquis: I don’t recall the exact age or moment, but I’m guessing around when I was four or five years old. A local book store reprinted a lot of DC and Marvel comics from that era, and those were the ones my parents bought for me as a kid. I gravitated more towards DC, since during that time they had more done-in-one stories and Marvel had multi-chapter ones spread out over several issues. Since the local reprints weren’t published monthly or with any regularity, it was easier to follow the done-in-one comics.

Reno: Oh, yes. They were both writers and avid readers, so they encouraged their kids to read, too. They were also very supportive of me wanting to be an artist. In fact, two of my siblings are also artists by profession.

Reno: Superman and Batman were my favorites back then, along with the Flash. On the Marvel side, Spider-Man. 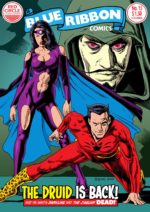 Reno: The discovery of “new” heroes that weren’t DC or Marvel intrigued me as a kid. During the 1970s I only knew about Superman, Batman, Spider-Man, Captain America, etc. Then these new superheroes I’ve never heard of before began popping up on the shelves. Plus the artwork of the initial releases were great… Rick Buckler, Alex Nino, Rudy Nebres, Gray Morrow, Eduardo Barreto… I was hooked. It wasn’t until later that I learned that these heroes have been around a whole lot longer.

Reno: Steel Sterling was my initial favorite. I also like the Fox for his simple yet very sleek costume. Later on in the Impact line from DC, the Fly and Black Hood were my favorites.

Reno: As a little kid I was always drawing. Later in early high school, I studied under one of the best comic book illustrators in the Philippines, Hal Santiago. He really taught me a lot about illustrating for comics. I also took up Fine Arts at the University of Santo Tomas.

SGMC: Who were your comic art inspirations? 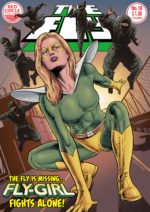 Reno: The aforementioned Hal Santiago, without whom I would never have discovered the great illustrators of the past like Hal Foster, Alex Raymond, Al Williamson, Reed Crandall, and many others. As for superhero work, I think my greatest inspiration is John Byrne.

SGMC: What made you start the Retro Cover Project?

Reno: I had stumbled upon Ross Pearsall’s website, Super-Team Family… the Lost Issues, back then known as Brave and the Bold the Lost Issues, and it was a ton of fun, seeing these improbable, and most likely, impossible team-ups. During that time, Jim Shelley of Flashback Universe was also occasionally commissioning me spot illustrations for some RPGs he was developing, and he commissioned some pieces from me for a feature he was doing called Lost 100-Pagers, something very much in the same vein as Super-Team Family. I had fun drawing those, so I started my own version, which is the Retro Cover Project.

SGMC: How often do you update the Retro Cover Project?

Reno: Not as much as I’d like. I started with the goal of updating at least once a month, but official work has kept me so busy that I only update if I have free time to do a piece for the website.

SGMC: How do you decide which characters to use?

Reno: They just pop in my head, actually. It’s like… wouldn’t it be cool to have this character meet that character, or these two or three characters are a natural fit and they haven’t been together before, or what would have happened if this comic didn’t get canceled… that sort of stuff.

SGMC: What are the elements for a good comic cover?

Reno: I’m a bit old school, so I’d like a cover to hook me from the get-go, something should be happening on the cover that’s intriguing enough that it makes me want to pick up the book and read it. That doesn’t happen much with comic books nowadays. 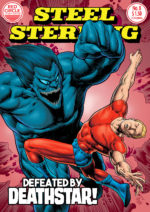 Reno: I honestly don’t know. I have had interest from some readers outside the Philippines about Maskarado, but I don’t know if those were through the Retro Cover Project.

Reno: Maskarado (translated as Masked, or Masked Man) is a superhero I created in the early 1990s and ran as a newspaper comic strip. I revived the character as a self-published series in the early 2000s. The collected editions are available digitally at gumroad.com for a very cheap price, and a couple of issues are free to read on the Graphite comics app.

SGMC: Do you take requests on your mock covers?

Reno: I’m open to requests or suggestions, although as I’ve stated above, because of my busy workload it may take time for me to be able to draw them.