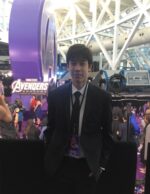 Jesse, thank you for answering a few questions about your Grandfather and MLJ Comics. I don’t know how much you know or don’t know.

Shield G-Man Club: What was your Grandfather’s reaction to John Goldwater threatening to sue over Captain America?

Jesse Simon: He was quite shocked, to think that someone was going to take action over a comic character. And he really had not a strong basis for his lawsuit. 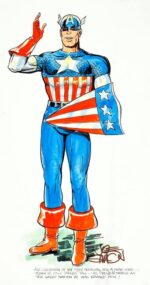 Jesse: I know he was quite happy with it. He loved the new shield that he designed. It reminded him of when he was a kid and used to use trash can lids.

SGMC: Was your Grandfather concerned about providing for the family when he left Timely Comics?

Jesse: He was providing for his family at the time. His parents and sister. It was tough in that field and his job being in danger was never a comfortable feeling for him. 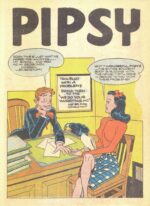 SGMC: Your Grandfather did some work for MLJ comics, what made him choose to work with DC Comics long term rather than MLJ?

Jesse: Joe was able to get a 50/50 profit split from DC, for Simon and Kirby which was unheard of at the time.

SGMC: How did your Grandfather decide to go back to Archie Comics in the 50s?

Jesse: John Goldwater called him up, and this was after his company, mainline, and other companies had gone out of business 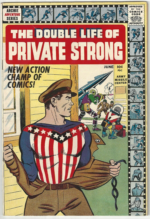 SGMC: What made him want to bring the Harvey Silver Spider to Archie as the Fly instead of creating an entirely new character?

Jesse: I believe Joe brought it to Archie as Silver Spider. When he was at Archie, he brought Jack Kirby on, they worked together and evolved it into the Fly. 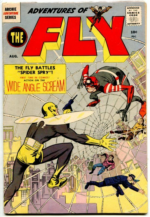 Jesse: Joe knew Neal was very talented. Joe had mentored and given jobs to many starting artists. To name a few, Steve Ditko, Gil Kane, Jim Steranko, and others. He knew Neal was a talent and comics weren’t A good business. Uncertain paychecks and a declining market, Joe advises Neal to get out of the industry. Joe himself was slowly leaving the industry and advised Neal not to get into it. Someone with Neal’s talent didn’t belong in comics. Joe said to Neal “you’re too good for comics”

Jesse: I am unsure. 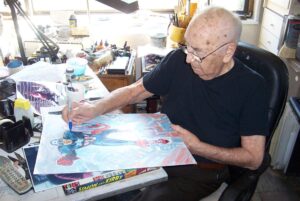 SGMC: Later in life, Neal Adams says he helped your Grandfather get his right back to the Fly and Lancelot Strong. Do you know what advice Neal gave him?

Jesse: Neal gave a statement informing his opinion, in terms of advice, see above.

SGMC: Variety reported in 2000 Robert Zemeckis’ production house ImageMovers said The Fly Movie was in development with a script completed by Chris and Paul Weitz starring Chris Rock as the Fly. What happened to that Fly movie your Grandfather was working on with Michael Uslan?

SGMC: How did your Grandfather end up working with Organic Comix?

Jesse: Joe’s son, my father, did work with Organic Comcix and Joe worked with Jim. Jim had an idea for a character “ShieldMaster” and Jim had Joe draw the concept art.

SGMC: How much involvement did your Grandfather have in approving what was published comics from Organic?

Jesse: He thought the Art was beautiful and very nice. Great quality