LEONARD MORGAN AND HIS MYSTIC JOURNEY WITH THE MIGHTY CRUSADERS

I discovered Mystic Morgan online with some incredible redesigns of the Mighty Crusaders. Like the Impact line, he had reimagined the entire line giving the heroes new identities and backstories. He put together a cohesive universe for his new vision. Some characters stayed true to their roots while others had very radical departures from what had gone before. 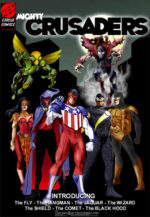 Leonard: The stories and especially the art.

Leonard: My Mother was a comic book fan and she is the reason I started reading them. She uses to send me to the store and go through the Comic Book rack and buy new ones. I got really good at that, knowing they would paint the tops of the comic book bundles a different color each month so I just looked for the new color grab them and dish out the dimes she gave me. 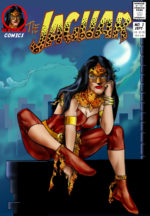 SGMC: When did you start drawing superheroes?

Leonard: About 12 years old I would send some to Julius Schwartz Editor of DC Comics and he always sent a letter back encouraging me to keep going.

Leonard: Mount San Antonio College. The only class that helped was life drawing. My tutor (even if he didn’t know it ) was studying my favorite artist Steve Ditko. He put so much movement in his art. 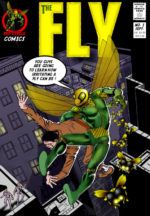 Leonard: Connect? that is a good question because as I was older and read other comics publications I found them to be struggling to compete and of course, I am always a fan of the underdog. 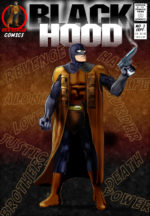 Leonard: The Fly (Fly-Man) I always thought if created correctly he could have given Spider-Man comics a run for their money. As you can see by my first concept of the Fly I recreated the first issue of Spider-Man just to prove that point.

SGMC: What makes the Mighty Crusaders fun to draw?

Leonard: The challenge to make them stand out. 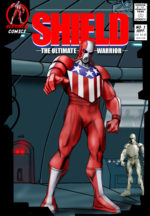 SGMC: You did a fun redesign of the Crusaders, what elements were important to keep?

Leonard: To keep a hint of the original character but to go the extra mile to bring them up to date by not only their look but their origin. 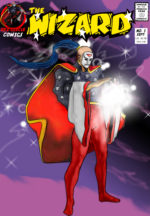 Leonard: It was part of the original design for the government and also to hide his identity.

SGMC: The most radical departure was the Wizard, what connected your Wizard to the original?

Leonard: I wanted him to more mystical. Inline with Dr. Strange and other comic supernatural heroes lie Doctor Fate.

SGMC: What elements are needed for a fun superhero story? 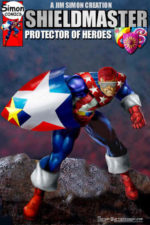 Leonard: Humor is important but a well-written story.

SGMC: After you posted the ShieldMaster image, Jim Simon wanted to hire you, whatever came of that?

Leonard: A difference of opinion. Maybe we should leave it at that.

SGMC: Are you still making new comics these days?

Leonard: I think of myself more of a creator artist. What I mean by that is I like to come up with concepts, storylines, and character design. Like Stan Lee. I add new ideas and concepts all the time on my website at boldcomics.com