FANZINE: The Heroes Of Their Own Story 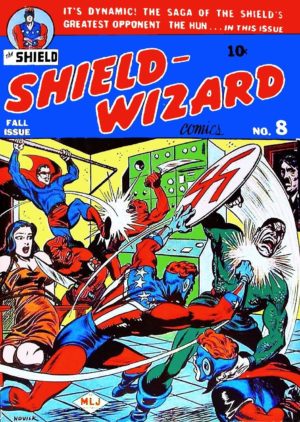 Christopher Vogler, author of the book The Writer’s Journey, viewed villains as the “hero of his or her own story.”[1]  Within the world of Archie Comics and its gallery of characters, the villain has played a crucial part in the character development of its heroic archetype. For mainstay character The Shield, there have been villains over time that have inspired the type of hero he (or she, in the case of Victoria) has become. The Shield has graced the print medium for almost 100 years. The MLJ era found The Shield in a world facing a 1940’s Axis of Evil. The 50s-60s Mighty Comics Group heroes faced evil in a world of campiness. The 1980s re-emphasized the anti-hero, and by the turn of the century, the more contemporary and thought-provoking villain emerged. This paper provides an analysis of the types of villains that have challenged The Shield, the inspirations for their villainy, and how these villains carried out their particularly devious plots to make their world better places despite facing The Shield.

Merriam-Webster defines the villain as “a character in a story or play who opposes the hero.”[3] Director Joss Whedon challenged this notion, stating, “who is to say who is the villain and who is the hero? Probably a dictionary.”[4] To Whedon’s credit, it is left to the reader (or a dictionary) to interpret which roles within any story is truly the villain. In many cases, the villain is a wronged individual seeking justice, acts out of fear or desperation, desires fame and fortune, or acts because said actions are justified within the villain’s community. Within the Archie Comics universe, readers have automatically presumed that The Shield was the hero for years, placing those who oppose The Shield as the villain, regardless of motivation. Is this presumption correct and fair to the “villain?”

The United States Department of Homeland Security’s Citizen and Immigration Services (USCIS) cites five responsibilities all United States (U.S.) citizens are charged with upholding. One of these includes the mandate to “defend the country if the need should arise.”[5]  The Shield faced a German character called The Strangler during World War II.[6] Within this encounter, The Strangler was carrying out the commands of his head of state. In this case, that head of state was Adolf Hitler, who was deemed one of the top five most evil people in the history of the world.[7] For The Strangler, it is possible that being of German descent at the time, he was merely “defending his nation” as the need arose, and once called upon by his head of state, he followed orders to protect his nations’ interests. In this case, it was to defeat The Shield. If the Nazi’s Third Reich, and Adolf Hitler were removed from the discussion, would The Strangler’s actions been villainous if the intentions were to defend his homeland? 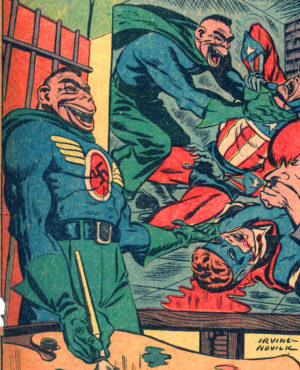 Figure 3 – The Brain Emperor, from The Mighty Crusaders Website

Religious freedoms can motivate individuals to carry out many actions in the name of their beliefs. A 2016 Pew Research Center study identified that religion in everyday life could inspire individuals to protect the environment, help those in need, and, most importantly, believe in their God.[12] How they elect to provide such altruistic forms of assistance varies in the individual. To some, forms of religious fanaticism carried out by individuals would be misinterpreted as threatening despite the person’s presumed well intentions. In 2018 within the Archie Comics Universe, The Druid brought forth a complex strategy to revive Eternos, a deity that would potentially unite the world under one religious vision.[13] Victoria Adams, the first female Shield, helped in the gathering of a new team of Mighty Crusaders to confront The Druid. Her personal beliefs ran counter to those of The Druid, and within the subsequent onslaught, The Shield’s beliefs prevailed. Religious exclusivism, or the belief that one specific religion is “true,” and all others are with fault, challenges which beliefs are accurate, and which are counter to public endorsement. In The Druid’s case, was his motivations, inspired by his religious exclusivism to bring forth the second coming of Eternos, with fault or the correct path to unite the world under the one true religion? 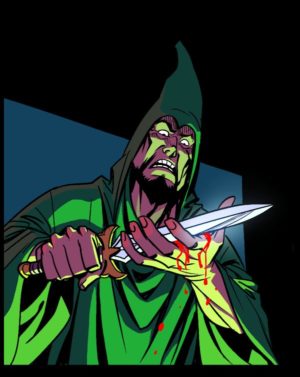 While The Strangler, Brain Emperor, and The Druid have been publicly deemed “villains” within the comic book medium, the debate continues whether their action within the Archie Comics were justified. Individual beliefs, patriotism, and world views influence public opinion, and those who challenge these opinions create friction. It is within this friction that continued excitement of Archie Comics remains. As long as fans continue to read The Shield, The Mighty Crusaders, and other characters of the Archie Comics Universe, the fans will continue to cheer our “Heroes” and vilify those who oppose them.