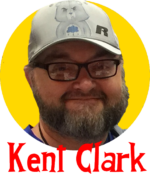 Kent Clark is in several Facebook groups with me. I’ve enjoyed his art in InDELLible and Fans of YEET Presents. He had provided several pieced to the group and even sent me a personal Shield sketch card that became the Bill Higgins trading card from the clubs membership kit.

Shield G-Man Club: I love your name, did your parents think of Superman when you were born or is it just a coincidence? 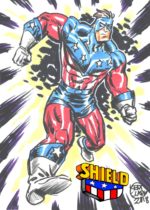 Kent Clark: My full name is Vernon Kently Clark. I’m named after my dad. I doubt his parents realized the similarity because they were rural farmers. I don’t even know if they had a TV to see The Adventures of Superman show. And I was born in 72 so the Supermania from the movie hadn’t hit yet but it definitely made elementary school interesting.

SGMC: When did you discover comics?

Kent: I actively began collecting when I was about 12 so it would have been the mid-80s. 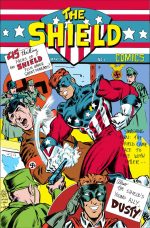 Kent: They didn’t really care so long as the comics didn’t appear ‘demonic’.

Kent: John Byrne’s art was the catalyst for my obsession so anything drawn by him. At that time it would have been the Fantastic Four, X-men and Alpha Flight. Alpha Flight was my first BIG favorite.

SGMC: When did you start drawing comic characters? 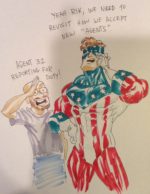 SGMC: You do a lot of sketches, do you post new sketches every day?

Kent: It comes and goes. Seems cyclical. I’ll have a busy month where I draw a lot followed by a month of very little. I’m trying the daily drawing for a year again in 2020 so I’ll be trying at least one a day.

Kent: A few people around Tulsa, Oklahoma trying to put out comics simply for the love of it. 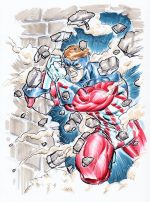 Kent: YEET is the official comic book anthology of the Facebook group, Old Guys Who Love Old Comics. The group was created by Jason Mink. The comic by Mike Jones. It is a Patreon funded endeavor that has included submissions by amateurs and pros alike. William Messner-Loebs, Tom Orzechowski, Fred Hembeck, Arvell Jones, Al Milgrom and Bob Wiacek included.

SGMC: What is Popular Comics? 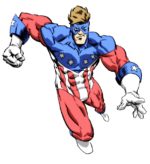 Kent: Popular Comics is a book by a group of creators who, under the InDELLible name, are attempting to revive the old DELL comics through existing Public Domain characters as well as all new ideas.

Kent: I’ve known of them since the revival in the 80s but I can’t claim to have known a great deal about them at that time. I remember seeing the books that were being released then but, I’m ashamed to say, I didn’t actively seek them out until I was older and more interested in finding the back issues.

SGMC: What did you think of the quirkiness of the 60s version?

Kent: I enjoy silver age comics in general, of which the Mighty line was, in my opinion, a fun example. I liked the quirkiness. It could get a little tiring at times but overall it was fun seeing what seemed like creators just being able to enjoy themselves. 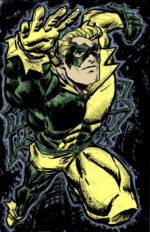 Kent: I enjoy the big two but the outsider companies are a nice change of pace from the status quo. Plus, as an artist, the designs and artwork are always a big draw.

SGMC: Who is your favorite MLJ character?

Kent: I would say The Web. I really find it intriguing, especially with the 60s era, how they gave his wife such a large role to play. Not only does she know about his crimefighting but she actively tries to dissuade it! To the point where she even tries to put on a costume herself! 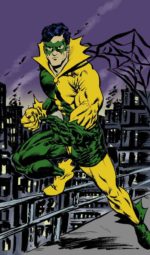 SGMC: What do you think has made them so enduring that they have been published for 80 years?

Kent: I think fans are always curious about the ‘other’ companies. Especially when they realize that it’s a superhero line from the company of Archie! I don’t think many fans, especially the young ones, know that Archie Comics started out with superheroes first. Not to mention having a patriotic hero before Captain America! I think all of this, along with what I said above about the change of pace from the mainstream books, as well as the fun and exciting visuals, will keep the MLJ/Archie heroes around in some form forever.