GREGG WHITMORE, BRINGING FUN AND COLOR TO THE MIGHTY CRUSADERS 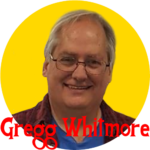 I have known Gregg Whitmore for years. We met on the Mighty Crusaders Message Board and together made avatars for every MLJ heroes using the Bruce Timm version of Hero Machine. We have worked together on several Mighty Crusaders related items over the years.

Gregg Whitmore: ’71 or ’72. I was a huge fan of the Batman tv show and it made a huge impression on my then three-year-old mind in ’66. I remember seeing Robin on a comics cover – either JLoA #92 or Teen Titans #36. I was sold after that. 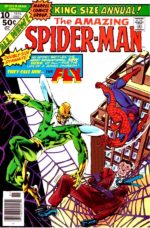 Gregg: Nope, but they ignored it due to my other voracious reading. 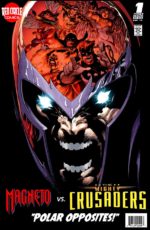 Gregg: During the 1980s Red Circle run. My initial thought was they were trying to copy Marvel and there were too many “new” characters with similar names or little that made them unique. Bought the first two issues of Mighty Crusaders then passed on the rest.

SGMC: What brought you back to them?

Gregg: I became a convert during the Impact era. I loved those titles and creators. Ironically, I felt the team book was the weakest of the lot. But I bought everything. I’m still fond of the female Jaguar. 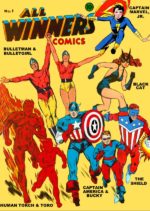 Gregg: Hard to say. I think all of the Crusaders and the other MLJ heroes have tons of untapped potential. Shield, Black Hood, Comet, Fly and Flygirl, Jaguar, Web, Steel Sterling… all could be amazing.

SGMC: What did you think about the quirkiness of the 60s Crusaders?

Gregg: I bought almost all of them starting in 2007 when I started collecting Archie comics. I felt the Fly and Jaguar were strong books initially, but the addition of the other heroes, their wacky backstories, the campiness, the attempt again to copy Marvel, and weak art made them pretty forgettable. I have them all except a handful of the earliest Adventures of the Fly books and the backups that were in the regular Archie books, Pep and Laugh, I think. 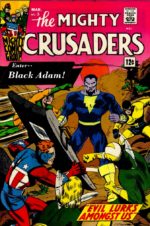 SGMC: When did you get into Fanzines?

Gregg: Back in the 80s. I loved Amazing Heroes and was a regular contributor to the 1990s APA Titantalk.

SGMC: What attracts you to fanzines?

Gregg: The history, the fan art, the projects that never were published. I love the Comic Reader covers.

SGMC: When did you get into MLJ Fandom?

Gregg: During 2007? After I found your’s Mighty Crusaders Message Board! 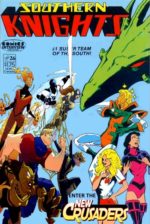 SGMC: What makes the MLJ heroes so special to you that you want to create new material with them?

Gregg: Again, I think they all have vast, untapped potential that ArchieCo has never come close to tapping.

SGMC: When did you start coloring comic art?

Gregg: After I found an artist named E.J. Morges on your’s Mighty Crusaders Message Board doing costume updates. I really liked his version of the Fly and Hangman. Taught myself to color during that time. 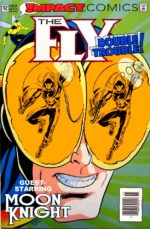 SGMC: How long did it take before you felt you mastered the process?

SGMC: What programs do you use?

Gregg: Primarily Paint.net a free photoshopesque program for Windows. I’ve dabbled with Photoshop but paint’s ease of use always draws me back.

SGMC: What made you start cutting up comic covers and recombining the images? 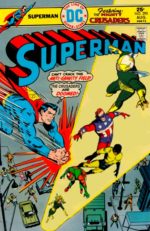 Gregg: I was inspired by Ross Pearsall’s Super-Team Family lost issues blog. Decided to try it myself.

SGMC: How do you decide which characters to combine?

Gregg: I look for images that look like they’d go together. Also, odd pairings appeal to me.

SGMC: What are the elements for a good comic cover?

Gregg: Not cluttered, a certain flow, a sense of fun and adventure. I like the images to appear by the same artist generally speaking.

SGMC: Do you take requests on your mock covers?

Gregg: Yep. I love a challenge.