Ross Pearsall has a wonderful blog Super-Team Family: The Lost Issues! at braveandboldlost.blogspot.com The blog has thousands of mock team up coves in every combination, you could ever think of and he has been at it for 10 years. I love his work and Ross was nice enough to talk with me about his fandom and his process.

Ross Pearsall: At a very young age.  I had older siblings so I can’t remember a time when there weren’t some comics around. 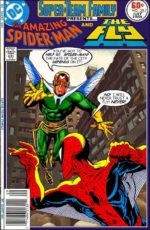 Ross: They didn’t pay much attention to it.

Ross: I was aware of them but was mostly a Marvel and DC guy, so I didn’t read any of their exploits until the Impact Comics era. 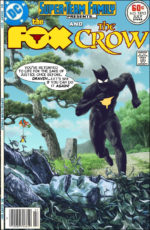 Ross: Their integration into the DCU, but that never really materialized

Ross: I liked The Fly

SGMC: What made you start cutting up comic covers and recombining the images?

Ross: Boredom, I was making them for my own amusement before deciding to present the covers as a blog. 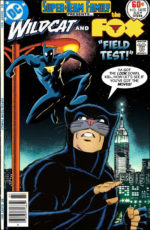 SGMC: How do you remove the unwanted parts of the cover?

Ross: I started with MS Paint and switched to Photoshop after a couple of years.  You can see a video tutorial in the middle of this interview: Ross Pearsall says ‘Super-Team Family Assemble!’ www.youtube.com/watch?v=FgjMLNU_hgw

SGMC: Where did you get all the logos?

Ross: Same place as the images of the characters, from existing comics.  Once in a blue moon, I will have to create one on my own if a character does not have their own specific logo. 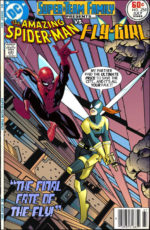 SGMC: How do you decide which characters to combine?

Ross: Either from suggestions, something I think would be exciting, interesting or funny, or sometimes I just see images that I think will go well together and work from there.

SGMC: How long does it take you to find the images, combine them and put it out for the world to see?

Ross: Depends on the complexity of the cover but generally 4-5 hours. 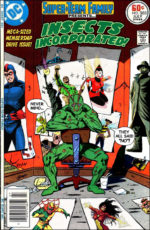 SGMC: Do you do one a day or do you stockpile a lot of covers at once and release them once a day?

Ross: I try to keep ahead of the blog in case I get too busy or have creator’s block, to ensure a daily post.  So far, I’ve been able to keep up!

SGMC: How many covers have you done over the last 10 years?

Ross: Well, I posted 510 The Brave & the Bold and Marvel Two-In-One covers before starting the Super-Team Family Covers, which are sequential.  So at this writing, I have posted 3,342 covers.

SGMC: How do you not run out of ideas? 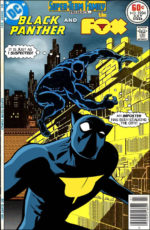 Ross: When the concept is anyone meets anyone, the possibilities are truly endless!

SGMC: In addition to the blog/Facebook/Twitter each day you also have a Patreon at patreon.com/STFtheLostIssues. What do people get on the Patreon?

Ross: I have to be careful about that because while I create new content, I am using existing images and characters that I do not own.  So I can’t ever sell images of my work on T-shirts or things like that.  I don’t know the red tape about offering Patreon incentives because of that either, so it’s strictly for folks who want to support the blog on a voluntary basis, and ensure that it continues.  I do try to give Patrons special considerations if they have team-up requests. 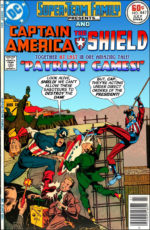 SGMC: Do you take requests?

Ross: Yes and I get many.  I don’t respond to them all because the answer is always the same – Maybe if I can figure out a good idea and find the images to make it work – but I do take notes and try to make some requests a reality.  Like I said above, Patrons get special consideration.  And if you absolutely need me to drop everything and make a mash-up from your Idea, I do commissions for $300 each.