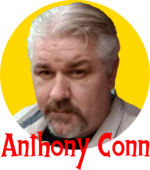 Anthony Conn has a lot of love for the Mighty Crusaders and decided to take up the pencil and update their look for the new millennium.

First Comics News: How old were you when you discovered comics? 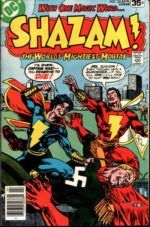 Anthony Conn: I discovered comics early on, via an older relative who was a massive fanboy, as massive as one could be living in rural northern Kentucky in the late 60s/1970s. For my fifth birthday, I received as a gift his “reading copies”, a literal pick up truckload of his duplicate copies of a little bit of everything produced by Marvel and DC from about 1977 up to that month, May 1979.

I’d shown an interest in the superhero genre, Challenge of the Super Friends, SHAZAM, ISIS, live-action Spider-Man and he took notice and I guess he sensed a kindred spirit, I can still remember about a week later he had to explain to me the proper way to read comics in a serialized form “You see these issue numbers on the cover?”.., because I was having some confusion reading some UNCANNY X-MEN issues out of order.

1st: What attracted you to them?

AnthonyI’ve given a lot of thought to this in the past, and the real reason is super sad and angry, filled with subjective childhood trauma.. which I’ll bore nobody with the details, but, it boils down to pure escapism. I was a hillbilly kid growing up in rural farmland on the banks of the Ohio River a stone’s throw across the river from Kentucky in the late 1970s/early 1980s. Next door to a pig farm. Imagine a town similar to Silver Age depictions of Superboy’s Smallville.. only if it were inhabited by casting call rejects from THE DUKES OF HAZZARD. Do the math.

1st: Did your parents encourage your hobby? 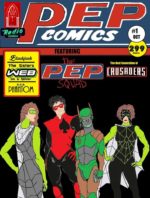 Anthony: My dad? No. He was a career military guy who couldn’t understand why his boy didn’t wanna live out his high school sports dreams, but, we’ve gotten over that now that I’m in my forties. My mother, on the other hand, didn’t understand what the hell I was doing, but was supportive of it simply because she saw it brought me joy, bless her little heart.

1st: When did you start drawing superheroes?

Anthony: Five or six years of age. I figured out early on from splash page credit boxes that, “Hey, somebody draws this stuff. What a great job, gotta be better than working in Grandpa’s tobacco fields.” 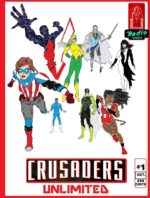 ‘Course, you’re also talking to a kid who took an early interest in going to college because that’s where Peter Parker is, and he’s in New York, the “Big City”. (insert awe-inspired gasp)

1st: Where did you study art?

Anthony: Shawnee State University, Portsmouth, Ohio, a southern satellite campus of Ohio State University. By “study” you mean, “work as a counter jockey two blocks off-campus at a comic shop, attend a lot of life drawing course, sleep through lectures, and put my time in for a Bachelor’s in Arts & Humanities”, right? I have a confession. I failed the only required math course for the degree, “Math 101”, basically an eighth-grade algebra refresher, twice. The third time was a charm, though.

1st: When did you discover the Mighty Crusaders?

Anthony: The Red Circle relaunch of 1983, explains the complete mint on card Remco Mighty Crusaders collection hanging on my studio wall. Newsstand distribution in southern Ohio in the early 1980s was weird because I used to buy them at the most off the grid places, the gas station on the edge of town, the Mom ‘n’ Pop General Store out in the boonies, not the “normal” venues for comics in my childhood: the drug store and grocery store located within the hometown proper,

1st: What was so special about Impact Comics? 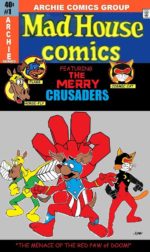 Anthony: For me, at the time, I woulda been a junior/senior in high school circa 1991/92, it was character recognition, “Hey, cool, DC’s doing something with the Archie superheroes.”. I was a massive fan of the Impact JAGUAR, FLY, and THE WEB. I thought the WEB was a particularly interesting take on the property, and I’m kind of a fan of interesting twists or takes on superhero genre conventions. And I’m a sucker for any new shared universe concepts. Always have been.

In hindsight, there was some pretty amazing talent getting their start in the industry on those books, the late Mike Parobek on the Fly, David Williams on the Jaguar, I’d been a fan of Vosburg via AMERICAN FLAGG prior to THE BLACK HOOD.

1st: What did you think of the quirkiness of the 60s version?

Anthony: They’re just fun comics, I’ve always found it odd and interesting how they decided to take their approach to 1960s camp humor. I described it to a friend once like this: 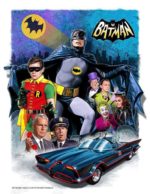 “Stan Lee and the gang over at Marvel revolutionized serialized storytelling in the Sixties by creating these amazing hyperbole-driven superhero soap operas. Over at Archie/MLJ, they went kinda meta, I started doing superhero sitcoms, a response to the ’66 Batman, ”

1st: What made you connect with the Crusaders?

Anthony: Sadly, and I mean this in no disparaging way, but I’ve always dug the low rent, b-movie kinda aesthetic they hold. I’ve always viewed the Archie superhero properties as the superhero genre equivalent to grindhouse or exploitation movies, due simply because of the lack of sales number success they’ve experienced since the 1960s. Hey, everyone should root for the underdog,

1st: Who is your favorite MLJ character? 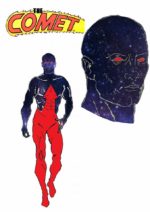 Anthony: Design-wise, The Comet in his Golden Age costume is pretty tight. I’ve always dug the Hangman, just a nutty guy with a noose, basically The Punisher before the fact.

The Fox is always fun. Does the weird Archie Adventure take on THE SHADOW from the early 60s count?

1st: What makes the Mighty Crusaders fun to draw?

Anthony: Just some really iconic designs. The Shield, The Comet, Mister Justice, there’s no real need to change them. If it ain’t broke, don’t fix it, but, it is fun to play around a bit.

1st: You did a fun redesign of the Crusaders, what elements were important to keep? 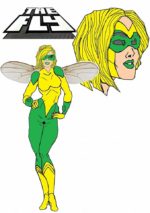 Anthony: With each character, it’s subjective, sometimes it a color scheme or theme. There’s half of me that wanted to throw a little “realism” in the designs, and the other half wants to keep something that’s recognizable, that gives the character a look. I think a lot of it is just finding a happy medium.

1st: The most radical departure was the Fox, what connected your Fox to the original? 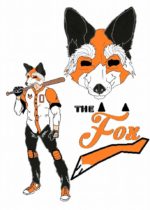 Anthony: Well, there’s the fox theme and aesthetic. I’d also been toying around with the idea of a working-class, hometown, grassroots superhero, but I think Bob Burden beat me to it with Flaming Carrot and the Mystery Men.
What’s more hometown and grassroots than high school sports? And the idea of a high school sports mascot suit is basically a low rent superhero costume. And the Fox has always been presented as this ordinary guy who just happens to throw on a goofy costume which suddenly makes him a magnet for weird s#*t.

1st: The Web became a family, how does that dynamic work? 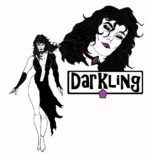 Anthony: That’s actually inspired by the 1960s Mighty Comics take, they basically presented the Web as a sitcom about a henpecked husband whose wife bitched about him being a superhero. It was basically “The Life of Riley” with a costume.

So, I took the sitcom idea and turned it on its head, he’s a father now with two daughters who wanna get in on the act. It’s GIDGET, or BLOSSOM, with costumes.

I also dug the idea of a group of heroes who operated under one perceived public persona, like the Impact WEB, or the franchised superhero alter ego, which they explored a bit in the DC Red Circle Web stuff, a literal “web” or network of superheroes.

1st: What elements are needed for a fun superhero story? 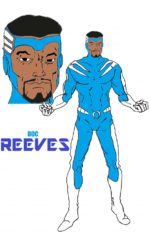 Anthony: I’m a big fan of self-referential humor. I’m a massive fan of the DeMatteis/ Giffen era Justice League, and a lot of action.

1st: What do you think has made them so enduring that they have been published for 80 years?

Anthony: Iconic designs, intriguing premises and core concepts, the weird cult appeal I find in the properties. Plus, the back issues are relatively cheap.

Comics are supposed to be fun, right? These are just good, old fashioned fun characters, I get a kick outta them.