THE BUTLER BRIGADE VS. THE MIGHTY CRUSADERS 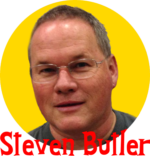 Steven and I worked at Archie Comics together. I first worked with Steve on the Archie New Look launch. It was the first time Archie was drawn out of the Bob Montana or Dan DeCarlo style. IT was a big deal at the time and got Archie a lot of coverage. There were TV interviews, newspaper coverage, magazines, and the internet. Ever since then we have remained friends. He had been a huge supporter of the MLJ heroes.

Shield G Man Club: When did you start reading comics? 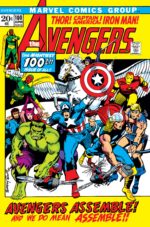 Steven Butler: I’ve been reading as far back as I can remember I think it was around 1971 or ‘72, with Kamandi, The Last Boy On Earth, and The Demon, by Jack Kirby I also remember picking up The Avengers #100 and being “wowed” by it I really liked the Justice League of America’s early on as well

SGMC: Where did you go to art school?

Steve: Well, it wasn’t an art school, but I majored in Art at the University of Southern Mississippi. I got my Bachelor of Arts degree in 1988.

SGMC: When did you break into Comics? 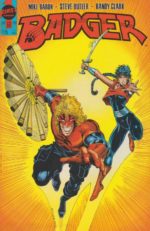 Steve: 1989 got my first job as a freelance penciler working for First Comics on their title “The Badger”, with Writer Mike Baron. Very shortly after that (as in, one month later), Malibu Graphics published “Cat And Mouse” and “Silverstorm”, two comics I had worked on with some friends while attending college.

SGMC: How did you get into Marvel?

Steve: I attended A comic con in Chicago in 1991 I was talking with Erik Larsen (of Savage Dragon fame), and he told me my name had been mentioned several times by Marvel editorial, and that it might be a good idea to introduce myself to them at the show. I met with Fabian Nicieza, who invited me to send some samples in. I worked some pages up after getting home from the convention, mailing them out the next Friday. The following Monday, I got two phone calls from Marvel from editors who needed some work done one was an issue of Avengers West Coast, and the other was a backup story in an X Force annual. They liked the work I did, so I was off to the races. 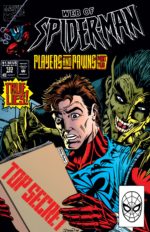 SGMC: Why did you leave Marvel for Archie Comics?

Steve: Marvel went through some tough times financially in the mid-’90s, leading to bankruptcy. All the editors I had ever worked for were either fired or left the company, so there was no more work to be had there for me I did a short stint at Acclaim//Valiant until they, too, closed up shop. I was working for a coloring book company when I got a call from Pam Eklund, my inker on the Silver Sable Comic at Marvel from several years prior. She was inking The Sonic title at Archie Comics at the time and said there may be an opening for me to do some fill-in work there. I contacted them editor Justin Gabrie, and he asked me to do some Sonic pin-ups for the comic. I turned those in and got a backup story out of it. After I turned in the backup story, I was offered the regular penciling job on the comic, which I then immediately started on for a long run

SGMC: How long were you on Sonic? 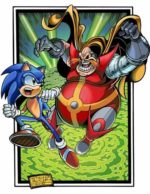 Steve: From 1998 until 2015. There were some periods of time when I was off the book doing other projects, but I had two separate extended runs on the series. I loved it. It gave me the opportunity to draw in a different style, while still maintaining the superheroic aspect in the storytelling that I loved to do.

SGMC: How did you get involved with the Archie new look? 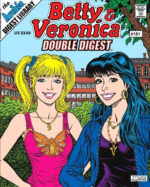 Steve: I remember my Sonic editor Mike Pellerito asking me one day if I thought I could draw a romance comic. I thought he was rubbing me or something, but I said “sure!” A couple of weeks after that, I got a call from Victor Gorelick(I believe he was the managing editor of the Archie line then), asking me if I’d be interested in drawing a more realistic looking story featuring Betty and Veronica. I then realized that was what Mike P. Was referring to when he had asked me about the romance comics thing earlier. I heartily accepted. I believe we were still just starting to recover from Hurricane Katrina around that time, and a regular gig for 4 5 months would be a welcome thing. I remember there was a slight page rate increase for that job as well, so that might have had something to do with me readily accepting the job as well, ha! 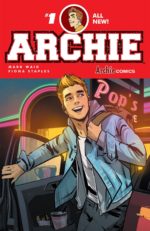 SGMC: Would you say that was the forerunner for what they’re doing now with a more standard Comic look for Archie and the gang?

Steve: Oh, I have no doubt at all that it was. They were promoting it at the time as “the new look”, and I remember it causing a pretty big uproar on the internet mostly from fans who were upset that Archie was going to do a line-wide replacement of the classic Dan DeCarlo style in favor of this new look style. But, it was just an experiment back then a “testing of the waters”, as it were. Several other “new look” stories came out after that initial 4 issue run I worked on, but the standard Decarlo style still held out until fairly recently I think Archie’s current style and tone really got underway in earnest when the “Afterlife with Archie” title came out, which paved the way for more titles like it to appear, then the whole “Riverdale” CW phenomenon happened, and Archie just kept adapting to that new paradigm. But yes, I think the “New Look” project got the ball rolling to where they are now. 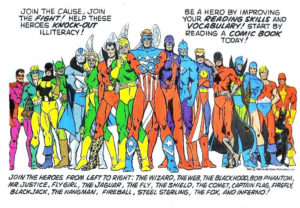 SGMC: When did you discover the Archie superheroes?

Steve: I think it was in one of those “Madhouse Digest” comics that came out in the 1970s I seem to remember a two-page gag spread, drawn in that same DeCarlo style, but with a bunch of superhero characters I would later find out were the Mighty Crusaders, and had this really rich history in comicdom of course, when the Red Circle line came out in the early ’80s, I was definitely on board then!!

SGMC: Which of the Mighty Crusaders is your favorite? 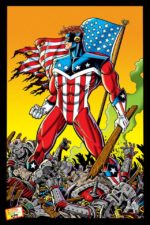 Steve: That’s kind of tough because I like them all but, if I had to narrow it down to one, I’d have to pick the original Joe Higgins version of The Shield. Comet and Hangman are close contenders though!!

SGMC: When did Archie come to you to do a Who’s Who handbook?

Steve: That was Mike Pellerito again it was not long after I had finished the Betty and Veronica stuff. It must have been around 2007 I was doing it concurrently with some Sonic the Hedgehog work at the time. 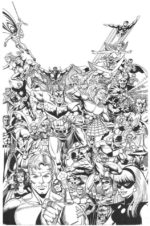 SGMC: How long did you work on the handbook?

Steve: For the better part of a year.

SGMC: What type of research did you do for the project?

Steve: I remember going to comic stores and buying whatever I could find of the Red Circle line from the ’80s, and Mike P. sent me the three trade paperbacks they had put out(Shield, Fly, and Mighty Crusaders). But, for a lot of those obscure villains, I had to scour the internet to find what I could. Mike sent me scans of a lot of the guys, but some I had to look for. Most of the really obscure ones were from the Mighty Comics line, which I didn’t have any comics of. I sure could have used that Twomorrows Mighty Crusaders book YOU worked on, but that was still several years away from being a reality itself. 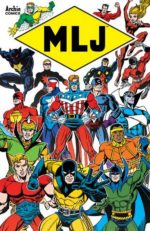 SGMC: How far along did you go to the project before it was canceled?

Steve: Oh, I completely finished my part, only to hear the book was being shelved.

SGMC: Were you given any reason why they stop the project?

Steve: The entire Archie superhero lineup had just been licensed to DC Comics, thus preventing Archie from producing The Who’s Who book. I remember asking Mike after the rights had been reverted back to Archie if they planned on printing it, but was told they were going in a different direction with the line. This was when they started that “New Crusaders” thing. 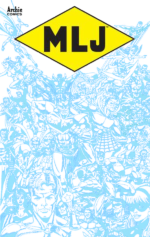 SGMC: How did you feel when Archie used your Who’s Who pictures for the variant cover of Superteens meets the way to Crusaders?

Steve: I thought it was really cool it just would have been nice to get a few comp copies, ha!!

SGMC: Would you like to return to the Mighty crusaders at some point in the future?

Steve: You betcha! I really love these characters outside of the 1970’s era Avengers, they’re my favorite superhero team!