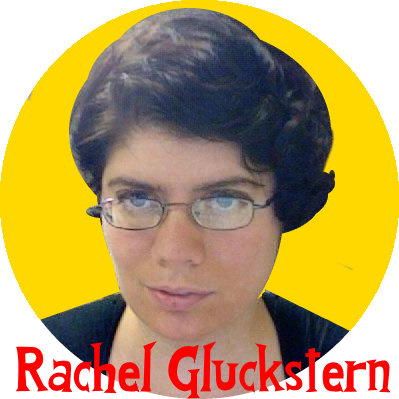 After a long journey, the Red Circle’s transformation is finally underway. The superheroes originally published by Archie Comics in the 1940s have come to DC Comics…again. The characters once appeared in the Impact line from DC, but this time they’ll be integrated into the DCU proper. The project brought not just new heroes to the DCU, but a new writer as well, in J. Michael Straczynski. Originally, the plan was to introduce the characters through the DC team-up book The Brave and the Bold, but instead wound up introducing them in a series of one-shots that recently started coming out. This isn’t the first time, even in recent years, that the DCU has implemented heroes into its line-up, having recently brought the Milestone heroes into the standard universe. We spoke early on with artist J.G. Jones, who helped redesign the characters to fit the modern DCU, and writer J. Michael Straczynski about the revamp. Now, as the first series are ready for launch in September, First Comics News talked with editor Rachel Gluckstern to find out how these characters will fit in the DCU and who readers can expect to see them interact with.

First Comics News: DC licensed all the Red Circle heroes from Archie comics. Will we be seeing more of those heroes showing up in the Web and the Shield?

Rachel Gluckstern: Most definitely! And in the Inferno and Hangman co-features too! With such a rich array of characters available, you can bet we wish to take full advantage of the opportunity to build up a new corner of the DC Universe.

In that vein, I’d like to encourage readers to keep an eye out for the second wave of characters to cameo somewhere in issues #4-6 of the Shield and Web both. Each feature will have a new Red Circle hero popping up somewhere, but I’m not going to say where. It’s going to be like a scavenger hunt, and the prizes are the Black Hood, the Jaguar, the Comet and Mr. Justice!

1st: Will we see some of the Red Circle heroes join existing teams, similar to the way Static Shock has joined the Teen Titans?

Rachel: As the most public figure, the Shield will definitely clock some hours with existing DCU teams. I hear the JSA will be looking for some new members soon, and there’s a Kryptonian situation that the U.S. Military is monitoring very carefully.

The other three aren’t exactly team players, but they have some encounters waiting in their future for sure.

1st: When will we be seeing some of the DCU heroes guest staring in the Red Circle titles.

Rachel: Pretty much right away! Inferno will run into both Green Arrow and Black Canary as he hits the road, the Web has a painful encounter with the new Batgirl coming up, and the Shield has to cross paths with former Marine Corps. officer Magog. It is the law. And I think we know just how well Army personnel and Marines tend to get along.

The Hangman…you never know who he’s going to meet or who he’s ALREADY met! Given how long he’s apparently been around the DC Universe, he’s probably knows more people than we realize right now, or knows who to avoid. Eventually, I would think that an immortal figure of supernatural ability and a bent for punishing the guilty might inevitably run into a certain wraith known for carrying out God’s vengeance. Possibly, maybe.

It’s a shame you didn’t ask about any DCU VILLAINS showing up. But now, my lips are sealed!

1st: Will there be some form of the Mighty Crusaders, where all the Red Circle heroes are part of a larger team?

Rachel: That is the grand plan. The four Red Circle writers have been developing an excellent mythology together, building off J. Michael Straczynski’s foundation, and it’s all going to come together with a reason for the team to form. But as I said before, the Web, Inferno and the Hangman aren’t really team players, and the Shield is still active in the army, so there aren’t exactly going to be hugs all around either. These guys shouldn’t be in the same room together without a damn good reason — and we’re going to give them one.

1st: With co-features in the titles, how do you determine if the Hangman or Inferno are successful?

Rachel: The same way we do for all the co-features — reader feedback and demand. I’m inclined to think that having two titles instead of four is a lot more reader-friendly, especially in these troubled times.

1st: With the Shield as the only patriotic hero in the DCU, will we see him filling that role across the DCU?

Rachel: Somehow, it sounds like Superman just got impugned! I’m kidding; I know what you mean, and yes, that is supposed to be the Shield’s role in the larger DCU. And like I said before, the U.S. Military has a close eye on the Kryptonian situation right now, don’t you think?

1st: Inferno was a minor villain turned hero in the original Red Circle universe. What brought him to the forefront instead of some of the other better known heroes?

Rachel: I’m not sure what exactly appealed to JMS in that regard, but when reinvigorating a line, I think that there’s more freedom with minor characters, and it provides a nice balance to the heavy hitters like the Shield. I think we can all agree though that JMS does world-building like none other, and his instincts are always dead on. And what Brandon Jerwa has done with the character is fascinating and breathlessly fast-paced. And the connection he’s uncovered between Inferno and the rest of the Red Circle heroes…oh, there I go, saying too much again.

1st: If both titles are successful, what is next for the Red Circle line?

We’d definitely like to have more characters get their own titles. Eric Trautmann has hinted strongly that writing the Jaguar would make him gloriously happy, and Brandon Jerwa has schemes in mind for the Comet and even the Fox if he gets the chance. Michael Uslan would kill me if I let anyone else write Mr. Justice. But of course, the big goal is a Mighty Crusaders book, and I think I’ll just hold a steel cage match to see who would work on that.

Seriously, the levels of excitement and investment the creative teams have been exhibiting for these titles are off the charts, and I hope that readers will feel that creative energy on top of the great stories when they pick up these books. Because they’re excellent reads and a real fresh voice for the DC Universe, and I’m very happy to be part of it all!