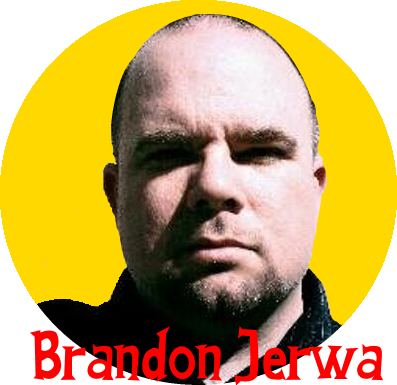 We continue our chats with the creators of the Red Circle characters coming up in the DC Universe, and today, it’s time to talk to writer Brandon Jerwa, writer of the Inferno co-feature which will be appearing in The Shield, starting with September’s issue #1.

First Comics News: Brandon, people are probably most familiar with your name from your work at Devil’s Due and Dynamite more recently. Take us back to the beginning – how did you break in?

Brandon Jerwa: Truthfully, I made it into comics on my first try, with a blind submission to Devil’s Due in 2003. That script ended up being my debut on their G.I. Joe anthology series Front Line. They turned the main series over to me a few months later and the rest, as they say, is history. I’ve worked consistently ever since.

Brandon: I can actually trace this to a specific day: Free Comic Book Day, 2007. I had been asked to do a signing at Olympic Cards & Comics in Lacey Washington – a great store that just happens to be owned by Eric Trautmann’s wife Gabi. I met Gabi, Eric, Greg Rucka, Jen Van Meter and Matthew Clark that day, and some friendships blossomed. Eric and I had a sort of instinct that we should be working together, and eventually started pursuing some ideas, one of which ended up being our new free webcomic Wide Awake.

Cut ahead to last year: as Checkmate was wrapping up, Eric was asked to pitch some material to the amazing Queen of All Editors, Joan Hilty, at Vertigo, and he asked me to co-pitch with him. The winning pitch was greenlit for an OGN that I can’t talk about yet, but let me give you my personal assurance that it’s awesome.

As things progressed, I was lucky enough to have Eric, Greg and Joan all singing my praises to DC, a fact that I am eternally grateful for. I guess someone was listening, because I was approached by Rachel Gluckstern about Inferno via e-mail on the Friday of this year’s Emerald City Comic-Con and Michael Siglain in person about working for DC in general the following day.

As nerve-wracking as it’s been to start this process, I can’t say enough how enjoyable it’s been thus far. I think I have a great rapport with Joan (and superstar assistant editor Sarah Litt), and Rachel and I are settling into a groove very nicely. I’ve been waiting a long time for this opportunity, and I hope it’s just beginning.

1st: Had you been a fan of the Inferno prior to getting the assignment – or did you even know about the character?

Brandon: I was familiar with the character, but not a hardcore follower of that universe particularly…although I did have all the Mighty Crusaders action figures back in the 80s!

1st: What was the premise or direction you were given for the series?

Brandon: The basic directive was “Jason Bourne on fire” and I was tasked with turning it into a fast-paced action thriller. I’m a big fan of that genre, so I’m digging in deep and doing my best to take it to the level it deserves.

1st: Joe Stracynski said he left a “bible” for writers of the ongoing series. What type of notes did Joe Stracynski leave for you as the incoming writer?

Brandon: It’s funny, because I wrote my pitch with only the script for the Inferno chapter of JMS’ mini-series; I didn’t have the additional notes that clarified his intent in terms of the bigger picture. The pitch I turned in did something pretty drastically different from what JMS intended, but my basic over-arcing story was still compatible with that unseen information, so Rachel gave me the scoop and asked me to re-jigger things a bit. One more pass, and we were good to go.

1st: Originally Inferno was a circus fire breather and a criminal who with the help of Steel Sterling turns his life around. How does this Inferno turn his life around?

Brandon: This is definitely a tale of discovery and redemption, but it’s about as far away from fire-breathing circus performers as you can get. I can’t say too much at the outset, but let’s just say that Inferno can’t turn his life around until he figures out what his life is exactly.

1st: As the solicitations state, Green Arrow and Black Canary show up in the very first story. With a co-features’ limited pages do guest stars hinder story telling?

Brandon: It was my choice to use them, as it’s logical to the story. It didn’t really hinder things at all…and can I just say how exciting it was to write those two in my first script? I mean, come on – it’s Ollie and Dinah!

Brandon: The Red Circle characters are definitely in the DCU, and we’ll be playing with that in The Shield / Inferno a bit, while still keeping their stories individualized. In fact, Eric and I are exploring some connections between the worlds of our characters as well, so I think it’s going to be a really rewarding experience for the readers.

1st: Frank Verrano is physically different from Inferno. Is this a transformation like Captain Marvels or are Frank and the Inferno different people?

1st: Fair enough, well, to leave with a tease, what do you have planed for the Inferno long term?

Brandon: I have a super-detailed outline for the first 12 issues. Beyond that, I have a pretty good idea of what I’d like to do in the second year, but I’m focusing on the immediate future first and foremost. I’ve written 80-odd comic books at this point, but this is my first superhero story. I’m planning to enjoy writing every page of it.