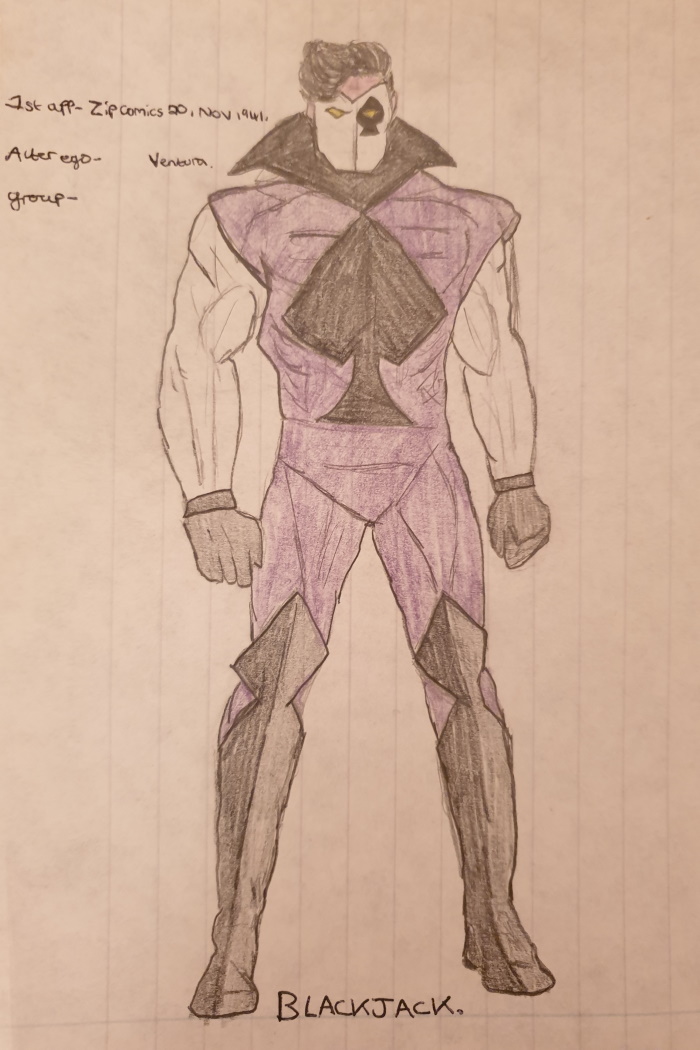 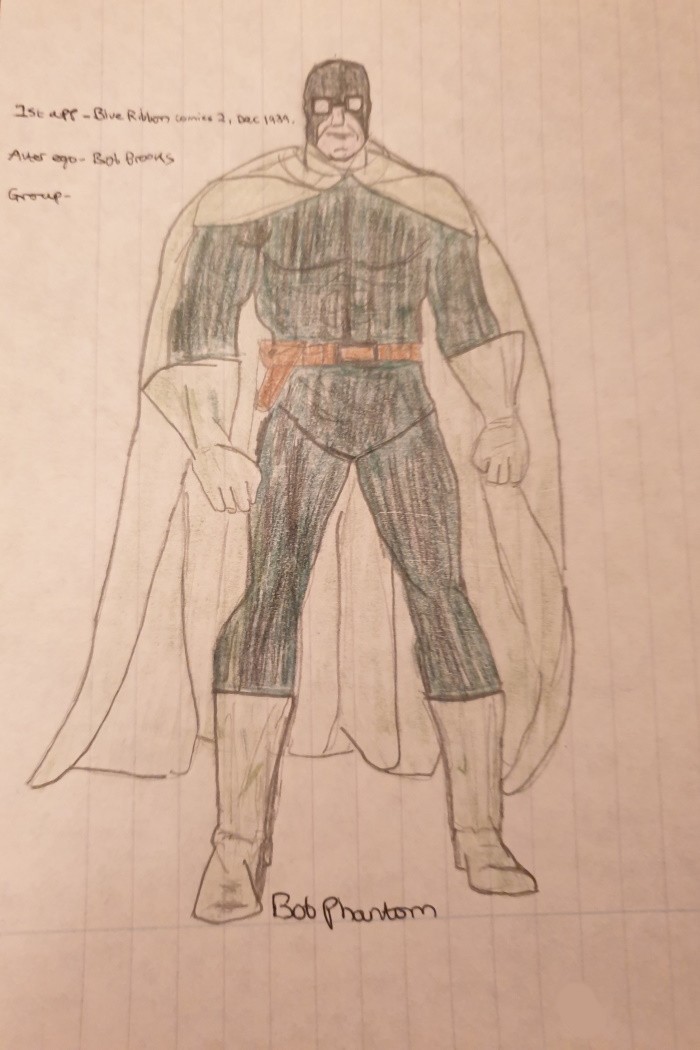 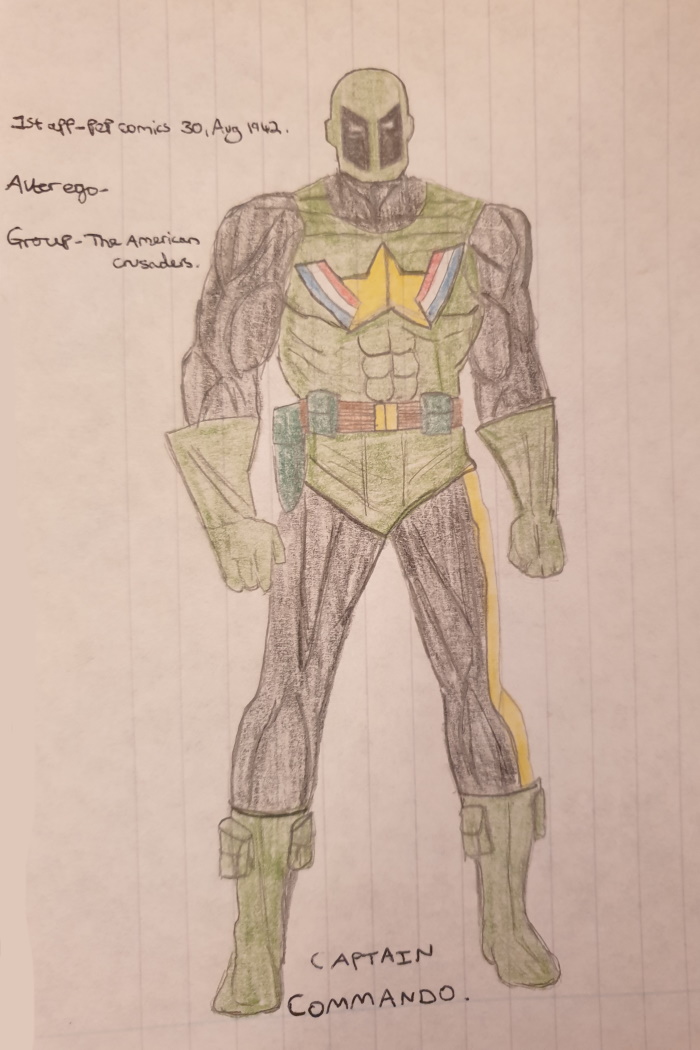 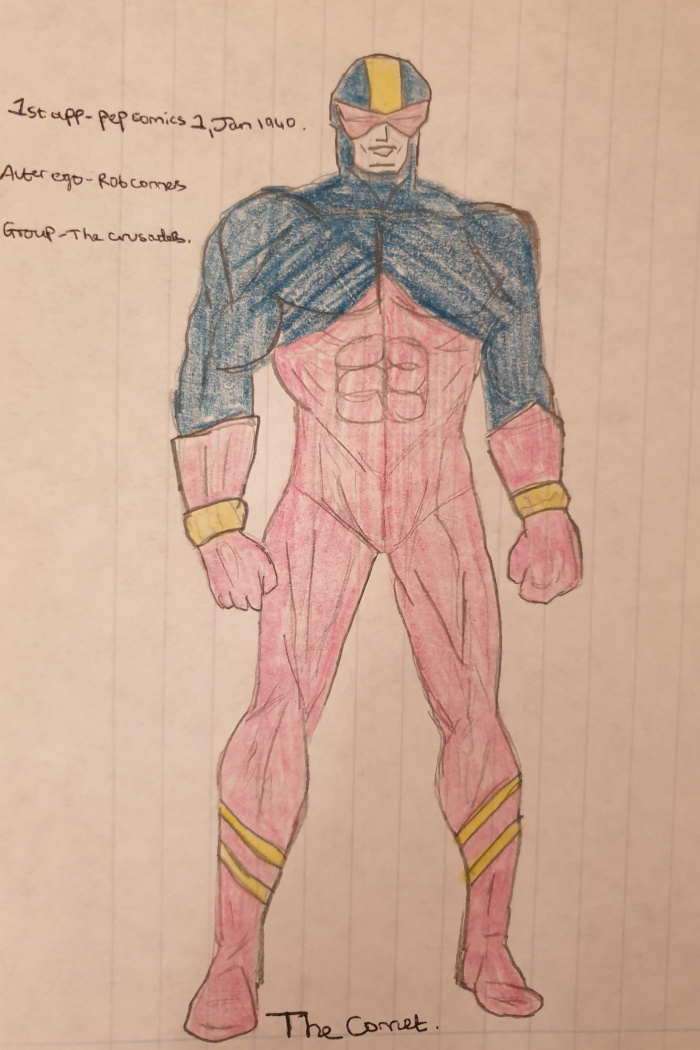 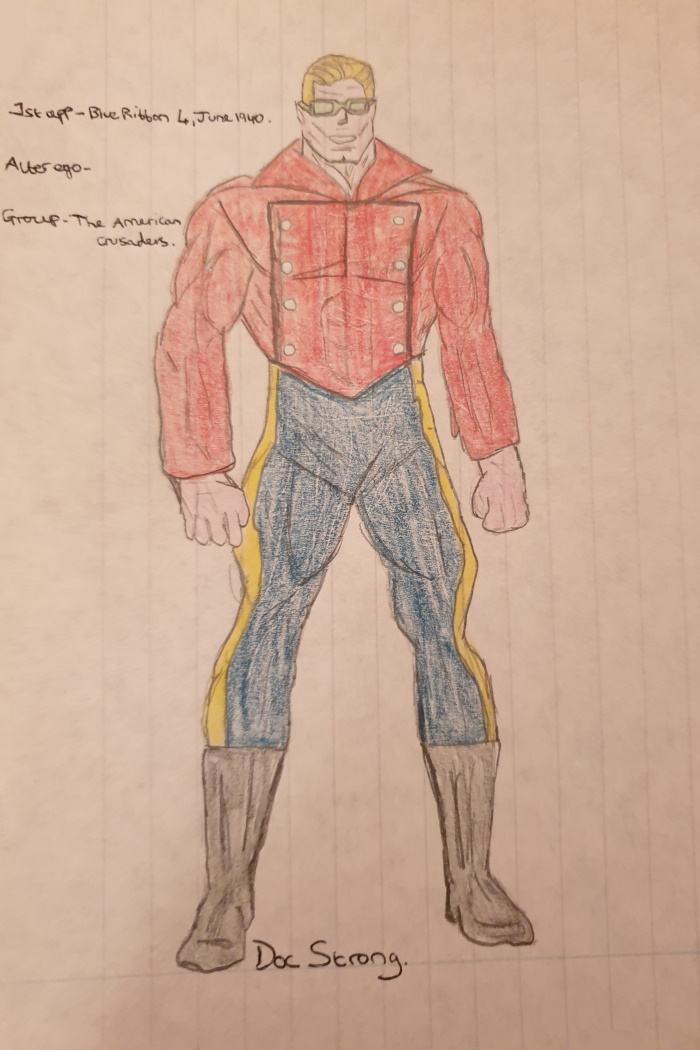 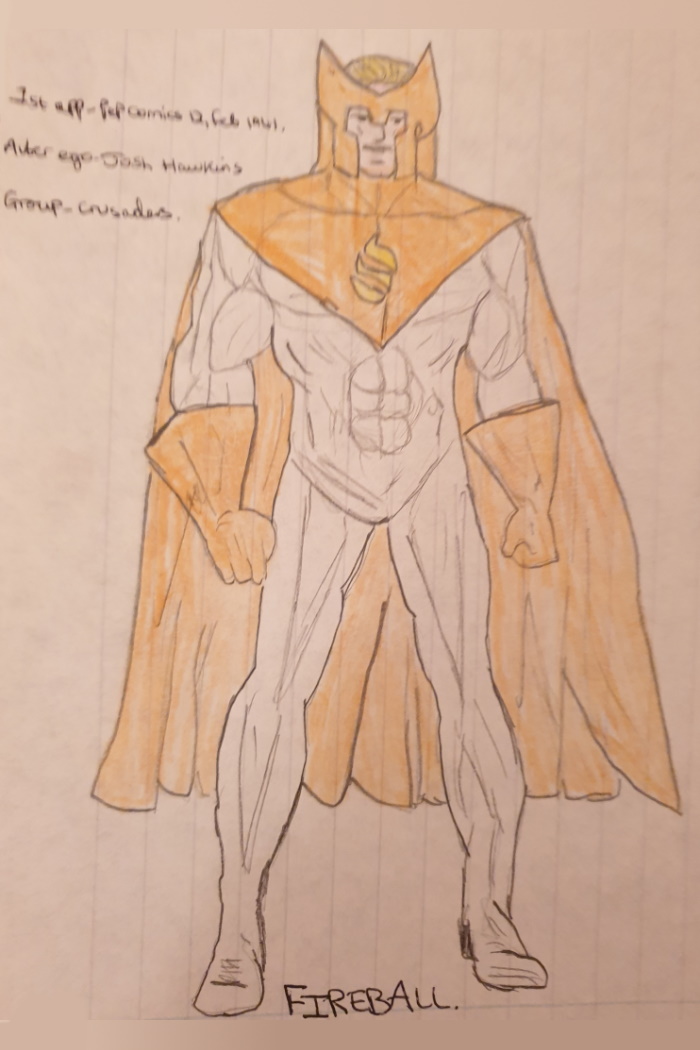 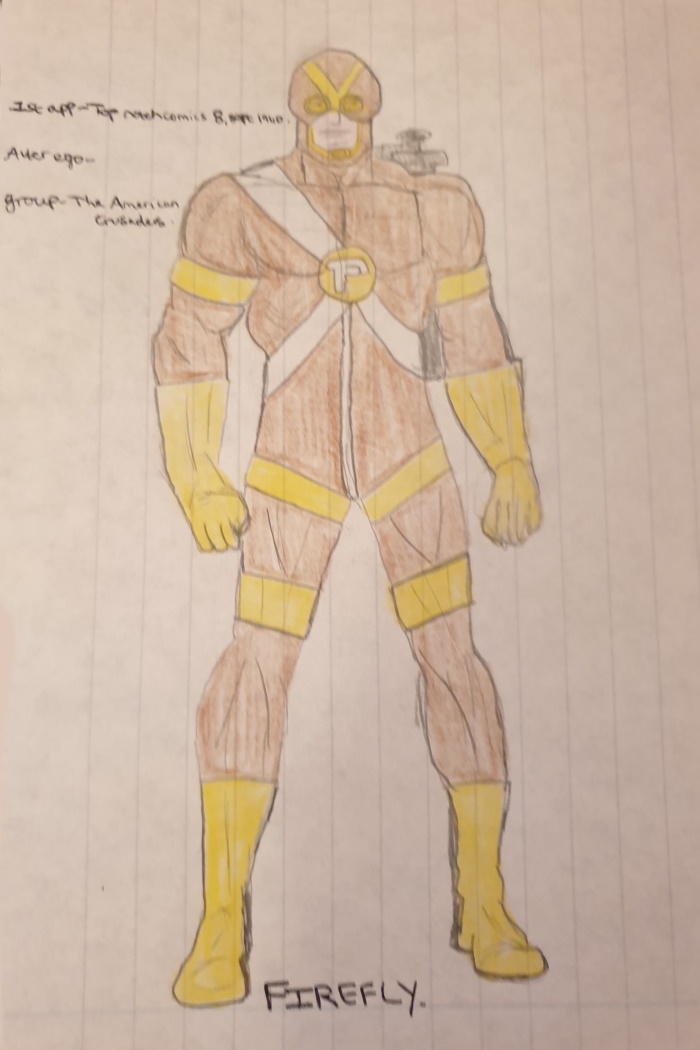 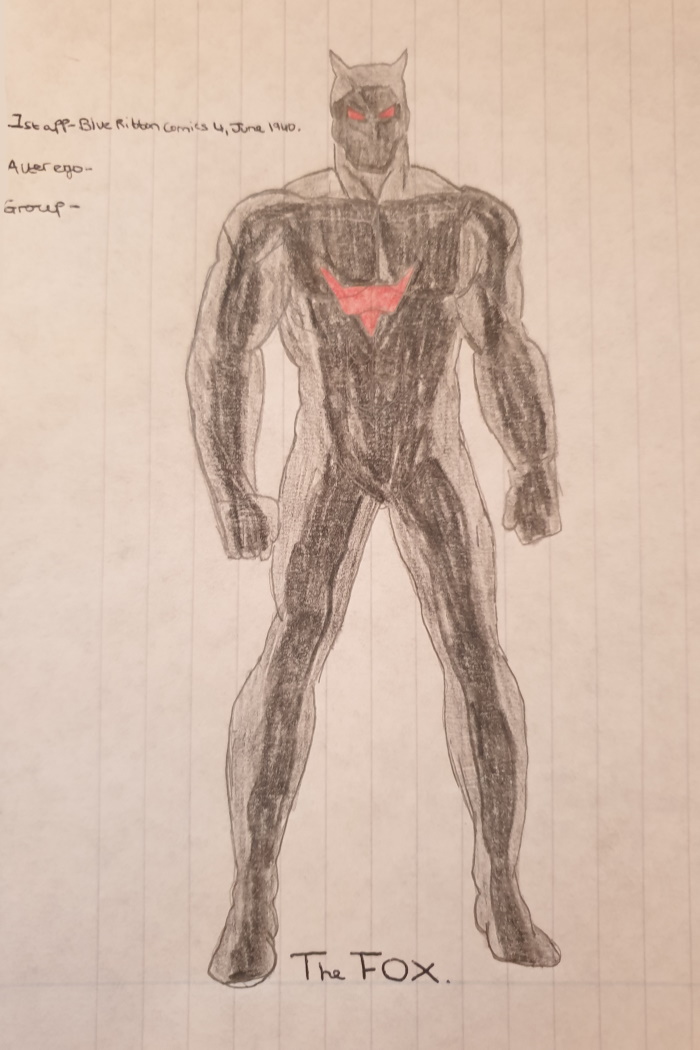 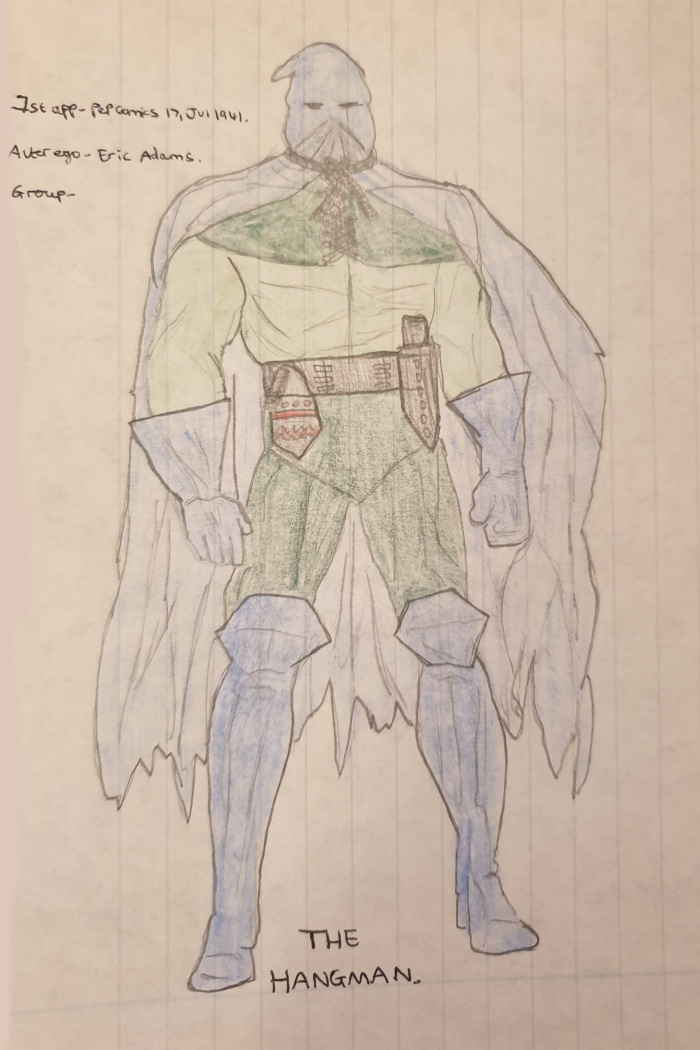 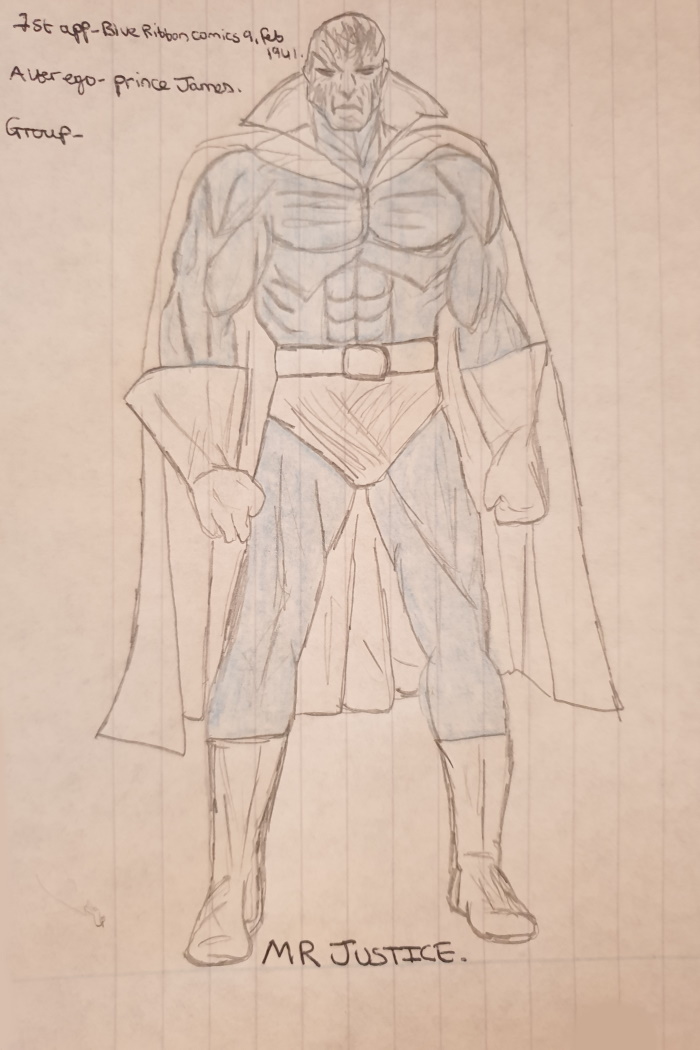 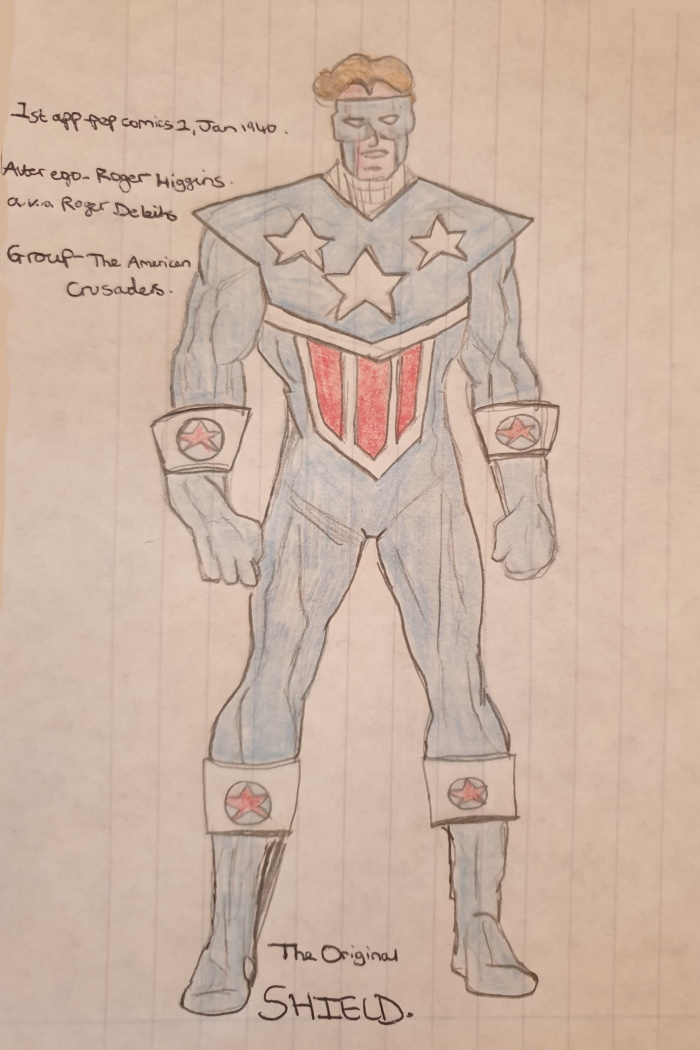 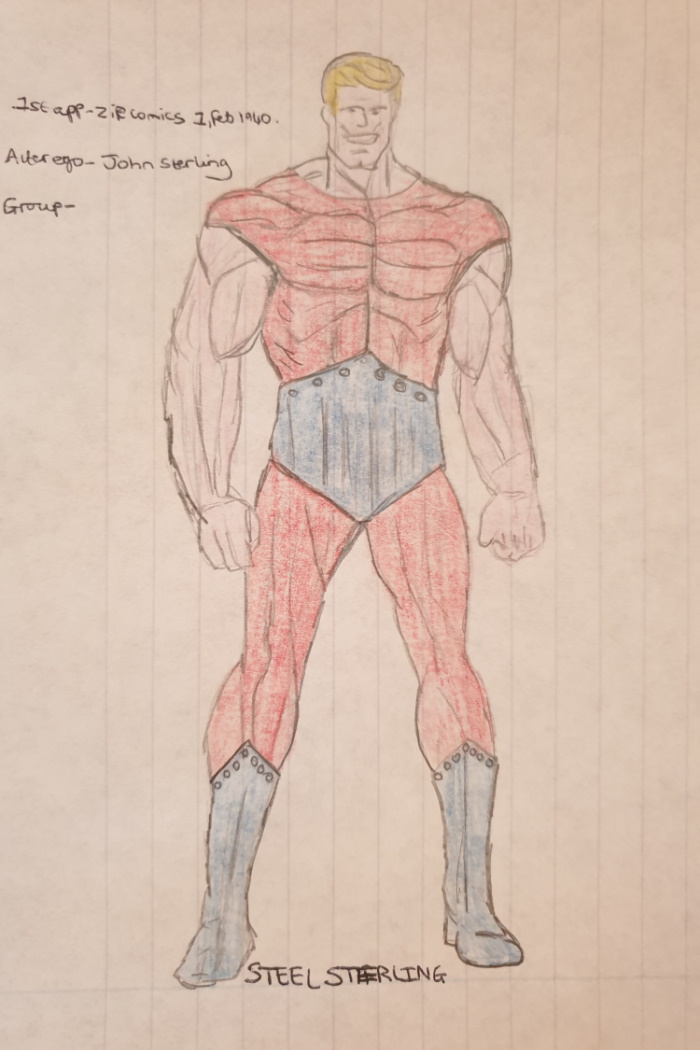 Archie character art I did back in the early nineties (I’m also sorting my drawings into companies so have sent Nedor and Centaur/Protectors as well for a bit of variety). Some are better than others and I’m of a mind after all this time to add to my character sheets and update some of the worst of my old ones. I think I’ll go over the lines on some as well, as many have faded (you have them as is in the pics). However, I’m a writer, with no pretensions to being an artist so these are just something I originally did for fun and reference and can now use to help actual artists do future pics for my Fox Universe/Earth-F. Currently, I’m talking with Marvel and DC artist Chris Batista (about this and a general partnership) and through a good friend, there’s an outside chance I could get a few pieces from George Perez after August – also looking for a few good artists to help with character pieces, mock covers, etc – full credit to any as Fox Universe/Earth-F creatives for their participation. And by that, I mean membership of our group/accredited status, not just the odd art credit.

While this is mainly for fun, I do hope to get some great traction on this and the art/sourcebooks I’ve discussed with Chris will eventually be sold with my 50% going to Cancer Research and Homelessness charities through my creative/charity network One Million Project –
https://theonemillionprojectcom.wordpress.com/ – also considering a synergy pitch with Fox Broadcasting down the line and have designed a huge story arc to get viable IPs (our Earth-F versions as expanded by myself and accredited Fox Universe/Earth-F authorized creatives) they might consider for live-action or even a comic book/prose line. If not, I hope to take the universe in that direction, myself.

I’m also seeking strategic creative alliances for build-up and promo. We have a lot of writing and research (that I’ve done) and need to ramp up the visuals for eventual adaption to GNs and other media. With that in mind, I did have an Archie/MLJ and Earth-F story crossover in mind that we could do for fun, involving various SHIELD characters (as well as patriots like Captain Flag, etc) meeting Earth-F characters like V-Man, US Jones, Eagle, Captain V, etc, in a time and dimension spanning crossover. The raw idea which I’m just putting out there for now.

My pages and serials are not very big now but when they are, I’d be delighted to promote links from others. The universe I have in mind has a mix of traditional with nuanced multi-genre storytelling that will hopefully appeal beyond core comic book/superhero fans, which is why I’m recruiting fantasy, sci-fi, horror writers, etc – here’s some info below:

ALICE THE IMMORTAL AND OTHER SUPERHUMAN TALES features a re-presentation of my original alt earth story under the title INVADERS FROM ANOTHER DIMENSION. This mostly takes place in 1943 with flashbacks to the 30’s, 1940-1942 and one flashforward to 1991.

The main serials ALICE THE IMMORTAL and THE EAGLE ASCENDS take place in the present day of Earth-F and have some connections though there won’t be a ‘crossover’ until the final parts. The serials are designed to set up the status quo of Earth-F from 2021 moving forward, and ultimately bringing dozens of characters to the present. Eventually, we might do a synergy pitch to Fox Broadcasting. A few flash fics are in the final part of the book, mainly showing other eras of Earth-F

TALES OF EARTH-F is the second book – an anthology with single or multi-part shorts/flash fics from past and future of Earth-F. Many give clues to how the situation of 2021 ish developed over 80 plus years.

Other planned books are GUNS OF THE GREEN MASK (Which will reveal the fate of the original Green Mask – and it’s B serial THE DIABOLICAL DR MORTAL will be central to the big story arc that explains how Dr. Randolph Mordale aka Dr. Mortal, and allies slowly corrupted first the Federal Operations eXecutive agency, then the US government) and FOX UNIVERSE, which will be more an art/sourcebook about characters.

SERIALS BY OTHER WRITERS:

GOLDEN KNIGHT by John Nedwill – sword and sorcery historical fantasy set in the late 12th century. Further serials will advance the immortal timeline of the Knight, but it seems in this one John is working up to revealing how the Knight and Alice gained their immortality.

ZANZIBAR THE MAGICIAN by Alison ‘AJ’ Wright – kicks off after Dec 6th 1941/the big fight with the Sorceress of Zoom (Wraith was there, present in the defense of New York against the Fourth Dimension). The titular character deals with his mystical transformation into a woman, while America reacts to the attack on Pearl Harbor.

DR FUNG by Steven J Pemberton – Detective with some fantasy/supernatural, Steven’s story starts as a straight-up detective/sabotage circa Feb 1942 (The Case of the Missing Shells) but the most recent part has a March 2nd flashforward indicating the supernatural – perhaps Fung’s old Council of Vampires foes.

THE WRAITH by Joe Stanley – moody, atmospheric horror with this ‘Spectre’ type character.

Other concepts/serials including PATTY O’DAY: NIGHTBIRD, RULAH, JUNGLE GODDESS, LONE WOLF AND SAVAGE, GHOST HUNTERS and more are being planned for later this year.

My conceptual promotion theory is based around ‘Build it and they will come. If it’s good and it has great art and promo, they will stay!’.