Home » IMPRINTS » LIEFELD » You are reading » 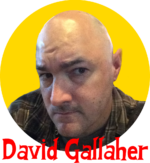 Archie is relaunching the Shield and it has been the most exciting story about the Archie heroes in 40 years. From the announcement that Rob Liefled wanted to work on the Shield, to the announcement of who would replace him on the script it has been one headline after another. New Shield scribe David Gallaher was nice enough to stop by First Comics News to let our readers know what to expect for the new comic.

First Comics News: How did you get together with Archie on this project? 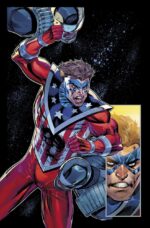 David Gallaher: For the last decade or so, I have spoken with Mike Pellerito at Archie about doing something fun and over-the-top with these heroes. If you’re familiar with my stories, you know I primarily work in the field of young adult graphic novels, so this was an opportunity to stretch my legs and tell a superhero story with bravado, optimism, and wonder. Mike, knowing my enthusiasm for the characters, called me up and asked if this is something I’d be interested in working on. And well… the answer was an astounding ‘yes.’

1st: How long have you been a fan of the Mighty Crusaders? 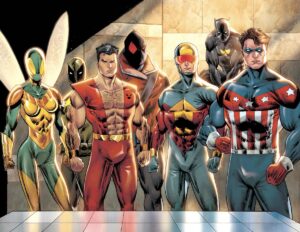 David: I have followed the Red Circle characters since I was a kid. I had a few of the Remco action figures and a couple of copies of Blue Ribbon Spotlight featuring The Fox. I was a casual fan, but the moment I really took notice was when Short Attention Span Theatre (featuring a young Jon Stewart, back during the Comedy Channel days) announced the debut of the !mpact Comics — featuring the Comet, Jaguar, The Shield, The Web, and the Fly. Since then, I’ve followed every iteration of the characters. They have so much life and such a remarkable history.

1st: What’s it like stepping into the project after the art has been completed? 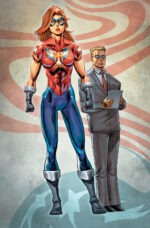 David: Are you kidding? It was a lot of fun. I’m thrilled to work on this series. I’m taking all of those things that excited me about comics when I was 15 and putting them in a blender on top speed. Jamie Rotante has been a delightful editor to work with. Heck, the entire Archie team has been splendid.

1st: How much of the original plot is incorporated into the new script and how much is all new? 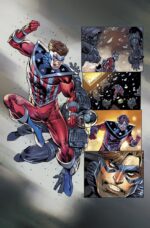 David: Archie gave me a lot of freedom and flexibility to tell an original story with these characters. The Shield takes everything I love about patriotic heroes and dials everything up to 11!

With the Shield, we follow a young Joe Higgins who has stepped into a legacy that comes with a tremendous responsibility. Here’s a reluctant hero who feels called upon to do the right thing because it is the right, just, and moral thing to do.

This story sets up a mystery, establishes everything you need to know about the Shield, and ends with one heck of a stinger. 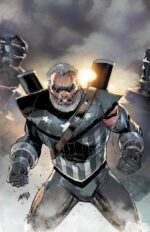 1st: There is an Impact Comics influence in the look of the images we have seen so far, is this going to be the Impact version of these characters?

David: You’ll have to read it to find out. But, as I said earlier, Impact was a huge influence on me as a young comic reader. So… we’ll see.

1st: As a lifelong Mighty Crusaders fan, if everything works perfectly what do you hope happens with this project? 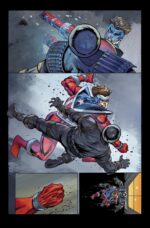 David: With the Shield, I’m following in the footsteps of Jerry Siegel, JM DeMatteis, Irv Novick, Mark Waid, J. Michael Straczynski, Chuck Wendig, Adam Christopher, and other incredible talents who have shepherded these fantastic characters. I hope that we continue to tell fun superhero stories that really resonate with readers.

1st: What makes this comic so cool, that no true comic fan should miss it?

David: Aside from the amazing talent that Archie has brought to the table (I mean… have you seen those variant covers?) and the hyper-kinetic art, this is a super-duper accessible story told with the same sort of love and devotion that made people fall in love with Chris Evans as Captain America or Christopher Reeve as Superman. It’s been a real honor to write. 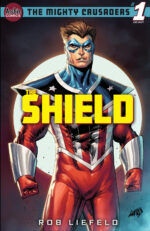 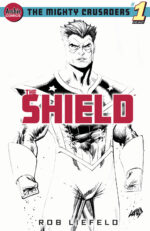 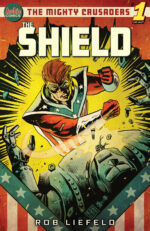 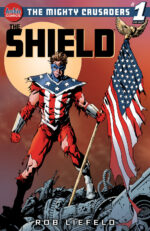 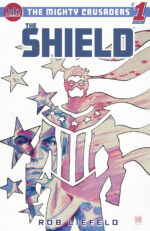 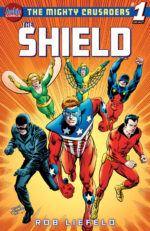 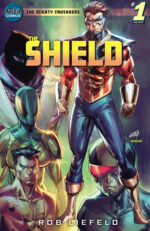