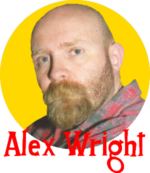 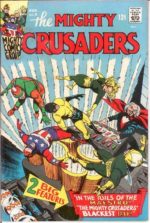 Alex Wright: I was around 6 to 8 years old. The doorman in our apartment building gave me a stack of coverless comics. Among them was Mighty Crusaders #6.

Alex: Yes, they always encouraged me to read whether it was encyclopedias or comic books.

SGMC: When did you start drawing super heroes?

Alex: I was drawing before I could read. So drawing superheroes started as soon as I started reading comics. 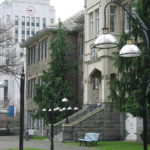 Alex: I studied Commercial Art at Blanche MacDonald Career College in Vancouver, BC.

Alex: Back then, The Crusaders had a campy vibe which appealed to my young mind. 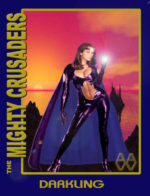 Alex: Of the originals, I’d say The Web. However, Darkling was/is my favourite all-around Crusader.

SGMC: What makes the Mighty Crusaders fun to draw? 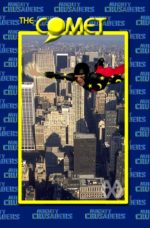 SGMC: The Mighty Crusaders have a lot of uniform variation in each hero. What elements are important to you?

Alex: I prefer the Comet’s moon and star costume with the red arrow to any of his others.

SGMC: How did you do the All-Star Comics homage cover? 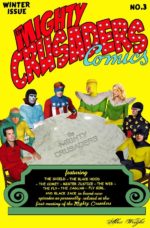 Alex: The base picture was created by a friend sitting in each pose around a round table.

Alex: If I’m recreating a cover then I look for a base model in the same pose (or as close as possible). Sometimes a base pic will suggest a hero to me and I’ll go from there. It depends on the instance. 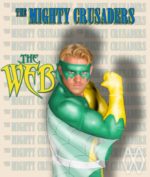 SGMC: Which do you find more rewarding?

Alex: When I discovered photomanipulation I fell in love and rarely went back to line drawing. I blame Alex Ross for wanting to do photomorphs because I could never draw to his level of realism so ‘morphs were the closest thing.

SGMC: What are your artistic goals for 2020?

Alex: After a year’s hiatus, I plan to get back to work.