A DISTINCTION OF THE MIGHTY MLJ/ARCHIE SUPER HEROES 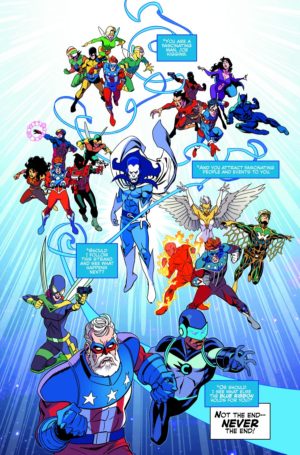 If alternative Earths are real I like to think that the Mighty Crusaders and associated heroes are as popular, if not more than Marvel and DCs, on many of them. That would be amazing!

Whenever I see a comic with the Mighty Crusaders and other Archie superheroes, they are immediately identifiable. Seeing them creates an associated positive feeling. It’s a bit strange if you think about it. Throughout their 80 year history, these heroes have been handled in different ways, yet I enjoy them all.

Even in their early golden age history, MLJ heroes stood apart from other heroes in the comic book industry.

Comics started out as an extension of the pulps. Reading the adventures of the golden age Black Hood, Shield, Steel Sterling, Bob Phantom and the adventures of other MLJ heroes shows a definitive pulp influence. An influence perhaps even greater than National (DC) or Timely (Marvel) at the time. 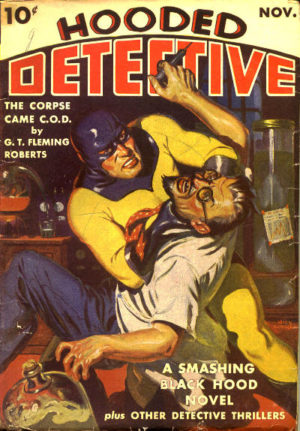 All three companies shared obvious traits of the pulps. From the anthology-style titles, art and common plots of gangster or Nazi enemies to their early. Yet there is a feeling of distinction when you read an MLJ superhero tale.

Our heroes, the MLJ heroes, they kept the anthology format and pulp atmosphere to their art and stories throughout the MLJ era more so than the other superhero companies of the time. That would change in time.

Every company was affected by these changes. Archie was no different. As time went by, it was quickly established that the Riverdale gang was the star of the company. Archie worked hard on a different method of distribution that has served it well ever since.

MLJ became Archie Comics and their growth had everything to do with the Riverdale gang. The superhero line, not so much. It felt like the superhero creations were walled off from the rest of the company.

Where Marvel and DC reboot, reset, reimagine, remix their superhero universes, Archie stops publishing their heroes and then brings them back as either their own or licensed properties. Bringing their heroes back always brings changes to their heroes. These changes usually revolved around the era in question, who was in charge, and the creators brought into to handle the titles. 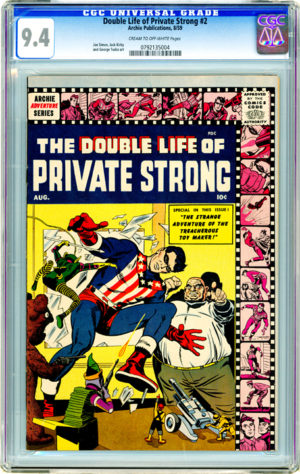 One of the highlights of the entire history of the MJL/Archie eras is the creators that were involved with these properties. It’s truly fascinating.

These creators and others unlisted all worked on the Archie superheroes and they all have contributed to the industry in untold and important ways.

Many are considered legends and architects of the comic industry. Comic book royalty! Each has added not only to the comic industry, but helped mold our heroes into what they are today. Archie certainly hired the right talent. I think any company would be envious of such a roster. 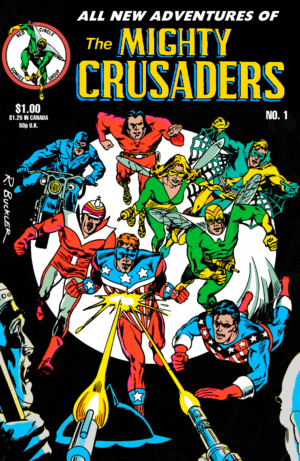 As a fan of each era, I believe there is something magical about the Red Circle Comics under Rich Buckler that is echoed in the more modern titles that Ian Flynn and Mark Waid / Dean Haspiel have worked on.

These comics had a modern sensibility with yesterday’s feel good. A balance that is compelling and interesting. To me, it really makes the team and the individual members stand apart from the rest of the comic world and shine. This is exactly what the heroes need. They are not creations to copycat off of others. They can stand apart and add to the industry. Archie needs to embrace their heroes exciting history and find a way to make that work in today’s industry.

In truth, they have accomplished that already. Rich Buckler, Ian Flynn, Haspiel, Waid and J. Michael Straczynski, for example, shared an understanding of the Archie heroes, the history of the characters that came before and comics as a medium. They obviously have a genuine affection for the heroes.

A creator’s affection for a creation, even if not their own, is something interesting to note. For example, I noticed with all these comic book movies that there is a noticeable difference between Marvel comics movies made by passionate directors and writers of the property vs people who were just hired to do a job. There is a world of difference between the movies that featured Marvel characters of the past and the movies from the Marvel cinematic universe. 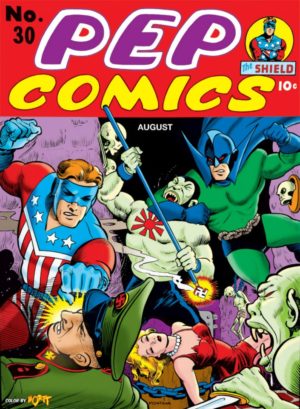 The MLJ period of their superheroes is also interesting for another reason. It was a period of the industry in its infancy, trying to find its way. Untethered to convention and expectation. It stands in sharp contrast to modern comics.

There is, in today’s quickly changing times, a compulsion to take something from the past and make it something else and call it a reset for modern audiences. I think every property is unique upon itself and how each company treats its creation should be equally so. Archie doesn’t have to follow Marvel down the yellow brick road nor DC’s. Archie has shown that they can do serious and still be fun. This is a differentiator. Archie superheroes can stand on their own and, as in the past, be untethered to convention and expectation.

Archie’s main property has forged its own path and identity. Archie has succeeded splendidly with Archie and the gang. Archie Comics has a remarkable distribution that also sets the business itself apart from Marvel and DC. I think it has a different business outlook than other comic book companies. 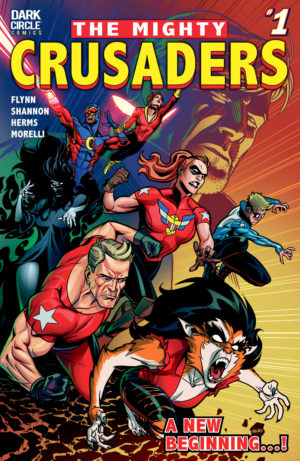 All together the Mighty Crusaders long history maybe 80 years old. Their output might not be as voluminous as DC or Marvel. On the flip side, their history isn’t as convoluted and contaminated by resets, Crisis, and relaunches as the big two (mind you, they have had their share).

Given everything I’ve written, when I see the team and its characters, no matter what era in their history, I want to read it. I want to see more. From the Golden Age to the camp and onward, I understand the intricacies of the period each of these “era’s” of the Mighty Crusaders and associated heroes have existed in during its 80-year history and accept eccentrics of each.

If I dwell on the idea of alternative Earths heralding the Mighty Crusaders as big and popular as Marvel and DC’s heroes, I might get envious.

Then again, maybe, in our reality, things worked out right….who knows? The Mighty Crusaders sporadic nature over the decades has protected it from over-saturation. It is possible to collect all their adventures, in all their incarnations and all the while, enjoy the hunt of finding them all. And, you know that sooner or later, there will be new adventures to look forward to!

Our reality preserved the heroes for maximum enjoyability.

Thank you to MLJ/Archie, the creators, and fans who make these heroes great.
and Happy Birthday to the MLJ/Archie Superheroes and Archie Comics!